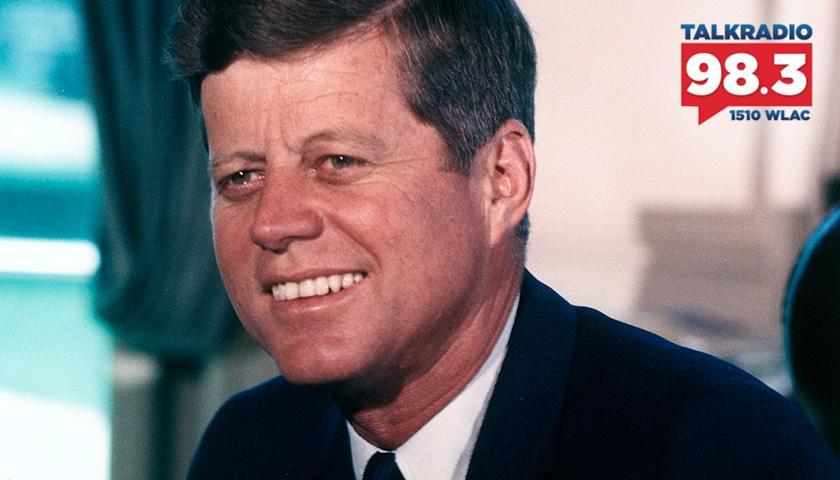 Live from Music Row, Tuesday morning on The Tennessee Star Report with Michael Patrick Leahy – broadcast on Nashville’s Talk Radio 98.3 and 1510 WLAC weekdays from 5:00 a.m. to 8:00 a.m. – host Leahy welcomed Caller Faith to the newsmaker line to recall her feelings and where she was at the time of President John F. Kennedy’s assassination 59 years ago today.

Leahy: Today is a consequential day in American history. Our listener, Faith, is here to talk about her recollection of that day, the day that John F. Kennedy, President Kennedy, was assassinated. Good morning, Faith. Thanks for joining us today.

Caller Faith: Hey, good morning. How are you this morning?

Leahy: Well, it’s an interesting thing. It’s been 59 years since John F. Kennedy was assassinated. My recollection of that day is clear as a bell and yet I think as a country after 30 years or so, everything was, who killed John F. Kennedy?

How did it happen? The aftermath thereof. And yet now it really has faded a bit into history. What is your recollection of where you were on November 22, 1963, when you learned that John F. Kennedy had been shot and then assassinated?

Faith: Yes, I was at school. Good Shepherd. We were in school. Got the principal, Sister Mary Albert.

Leahy: Which school was it and in what city was it?

Faith: It was the School of the Good Shepherd in Decherd, Tennessee.

Leahy: Where is Decherd?

Leahy: Got it. So this was a Catholic school. What grade were you in?

Faith: I was in third grade.

Faith: It was after lunch. I can’t remember exactly the time. I just remember it was unusual for Sister Mary Albert to be there at that time and to come to the door. And the nun, Sister Camille, that was my teacher in third grade, started crying. And you could hear her audibly just gasp. And she started crying.

And then she had all the girls get their chapel hats. We had to wear little chapel vail. We weren’t in uniforms yet. They were coming. But our school was really tiny. For the whole county, it was one little Catholic school. But I’ll never forget the whole I mean, it was the first time in my life that kind of tragedy struck my consciousness as a little eight-year-old.

You’re so proud because it was the first Catholic president. And then to hear that he’s been killed like that was just tragic. And I’ll never forget watching it on TV with my parents. And John made such an effect on me at that age.

Leahy: His salute to the coffin.

Faith: Yes. And I felt more sorry for him than I did for Caroline for some reason. I don’t remember my parents talking about it that much. But my mother was Catholic, my father was not. And I do remember my mother crying. I’ve never seen my mom cry really. It’s a very vivid memory in my mind.

Leahy: And it’s interesting because to me I’ll tell you my recollection here in a bit, but, yeah, we’re the same age and I was also in school. But it seemed to me that the character of America changed after that assassination. Everything prior to that was upbeat and positive and can do.

I think there was a positive attitude in America. And then on the day he was assassinated, I just felt everything started going wrong in the country. Did you have that perception at the time, or is that something perhaps you came to a little bit later?

Faith: I think at the time, as an eight-year-old, I was just shocked, totally shocked that anybody would kill our president and that he was Catholic. And the first Catholic president was very important as far as being a little Catholic girl. So it was just so shocking.

Looking back as an adult, I think I can see your point. There were a lot of things that happened to our country after that, around that time, even, because wasn’t that about the same time the lady in Texas sued to get the Bible taken out of school?

Leahy: Yes, it was right around that time.

Faith: Looking back, I just see there’s a lot of turmoil, and I think you’re right. That might have been one of the things that kind of kicked off.

Leahy: Faith, I really appreciate your call here today, and thank you for sharing that story.