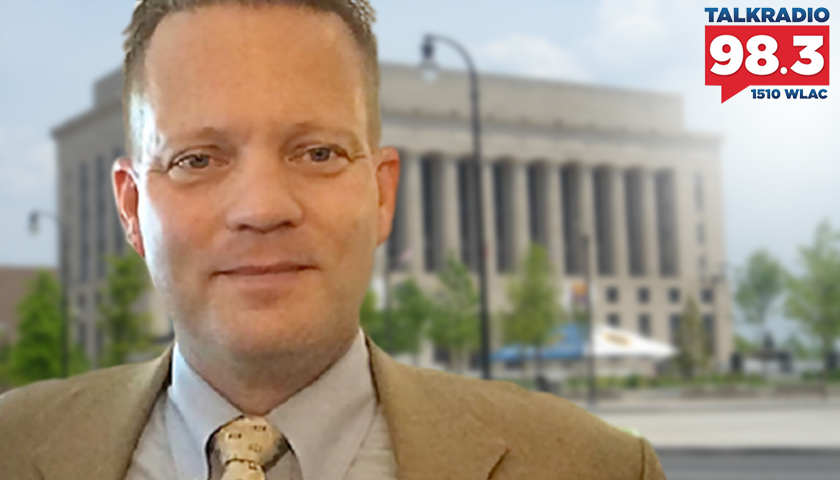 Live from Music Row Friday morning on The Tennessee Star Report with Michael Patrick Leahy – broadcast on Nashville’s Talk Radio 98.3 and 1510 WLAC weekdays from 5:00 a.m. to 8:00 a.m. –  host Leahy welcomed Nashville attorney Jim Roberts to the newsmakers line to give updates on petitions received and still needed for the Nashville Taxpayer Protection Act to get on the ballot.

Leahy: And on our newsmaker line now our good friend Jim Roberts talking about the Nashville Taxpayer Protection Act. The petition to get it on the ballot to roll back the 34 to 37 percent property tax increase in Nashville. On the web, you can download the petition at 4goodgovernment.com. Good morning Jim. How are you this morning?

Leahy: It is. So I’m looking at your website 4goodgovernment.com. And there’s a note there that says new 2021 petitions are in the mail. The filing deadline is March the 25th, March the 25th. That’s a week from this Thursday. You need 32,000 signatures. How is the count going so far?

Roberts: It’s going pretty strong. We’re bringing about 1000 to 1500 signatures a day, but I’m not going to kid you we need more. You want to have a margin over that 32 to 33,000 a minimum requirement. Those are valid signatures and not everybody who signs always knows what county they live in or whether they’re a registered voter or not. So there’s going to be a few that get kicked out. and so we would like to be able to turn in, you know, 38 or 39,000 signatures and maybe 40,000 if we can get them. And we’re not there yet, but we are making really good progress. But really it is time for people to get motivated and get those petitions to us.

Leahy: So we’re on track I think now to get pretty close to where we want to be or where you want to be so that you’ve got that margin of error. That margin above that 30 or so minimum to get on the ballot. As of now, it’s Friday, March the 12th, you’ve got a week in six days until the deadline. Where about do we stand right now? I know you don’t count them every minute. But what would be your guess as to the number of signatures you have at the of this very moment?

Roberts: We’re probably a little over 21 to 22,000, which is about where we thought we would be. we obviously hope we’d have more by this point, but there they are rolling in. What we’re seeing is that people are getting more and more signatures. And I encourage that. When we first got the petitions back they had one or two signatures on them because people were sending them back quickly. But now people are starting to get their friends and neighbors to find them and that’s what we want. Please please download that petition and get 10 of your friends to sign it and mail it in. That just makes it a lot easier on us or we’re counting petitions.

Leahy: Good point. When you get to 4goodgovernment.com you can download the petition and not only can you sign it but also you can get another 10 friends right to sign it.

Roberts: That’s right. That helps us more counting and also just helps us get those numbers quickly. And this and I just can’t think that the people know at least nine other people who would like to roll back this massive property tax increase.

Leahy: If you’re listening right now and you live in Davidson County and you haven’t signed this and you’ve sent a lot of petitions out in the mail and you resent them after this big winter storm that kind of made it a little bit more difficult to get these signatures. But right now if you’re listening you can go to 4goodgovernment.com. You can download the petition print it out sign yourself and then think about five to ten friends that you can get them to sign it and then mail it in. You’ve got a place to mail it in right?

Roberts: On the petition itself, it has the address and we’ll have our office address on the website pretty soon in case people get too close to the mailing date want to bring it by. But right now we’re asking people to download it and mail it. And 1,000 petitions a day are coming in and make yours part of that.

Roberts: It would make me nervous. I’ll tell you what, but I think people are going to wake up. I mean, I think people are starting to understand that the deadline is approaching and this is in the citizens’ hands. I can’t walk around in person and convince every single person. I asked people to read this petition. It’s got six different things on there that limits or eliminates lifetime benefits for council members and mayors. That’s just one of the six. And then rolling back the taxes is just one of the six. There are other good things on here that will make Nashville a better city and more financially stable.

Leahy: And when you turn it in you’ve structured this petition so that each one of these issues will be addressed separately. Is that correct?

Roberts: That’s right. On election day there will be six different things that you can vote yes or no on. And if one of these that you don’t like maybe you want your Metro councilman to have lifetime benefits, you can vote no on that one.

Roberts: Absolutely. And remember, this just puts it on the ballot. We still have an election will still have to have a campaign for this and been educate people further. But if you want the chance to vote on it, this is the time to get moving. And I know that there’s plenty of people from Metro out there working against this. I know there’s a lot of misinformation provided. And it’s unfortunate, but that’s politics. But if you want to roll back this property tax and put some restraints on the Metro Government now is your chance.

Leahy: It’s one step at a time. And none of this good stuff to rein in Metro Nashville government will happen until you get all of the petitions in. That’s between now and March 25. So for somebody who wants good government in Nashville needs to go to 4goodgovernment.com and download the petition, sign it, and mail it in so that by a week from Thursday when Jim rounds all these up and turns them in that we’ll have plenty of margin over the 32,000 requirement. Right now we are sort of on a path to go around 35,000, but we want to give Jim some peace of mind. (Roberts chuckles) Let’s try to get it up to 40,000. Don’t you think it’s a good idea?

Roberts: Absolutely, and that’s what we need. They will, unfortunately, be emboldened to try to suppress people’s signatures. We saw this last time. And they’ll do anything they can to stop this and to prevent people from voting on it. And I would not put it past the Metro Government to disqualify valid signatures on a mere technicality or even just dishonesty.

Leahy: Yeah, but I think it’s probably likely to happen. That’s why you got to get over and get as many as you possibly can. Now walk us through what’s going to happen on Thursday, March 25th. The deadline is what 5:00 p.m?

Roberts: 5:00 p.m. We won’t wait that late of course. We’ll go over in the afternoon early and will bring these to the Metro Clerk and we basically hand them off to them when we get a receipt. But the Metro Court sends it a little silly system, but they send it in to the election commission and they start counting, and once they count they’ll certify it and it’ll be brought up at the next meeting and hopefully put on the ballot.

Leahy: Do you have a big van that you’ve de transport these in?

Roberts: It will fill the back of my van up pretty full. When you only when you want 30,000 something signatures, you’re going to end up with 15 to 20,000 petitions because a lot of them come in with signatures on them.

Leahy: When you bring this to the county clerk, are you going to give them a little note? Attached, please find 36,000 signatures or 40,000. Do you give them the number or what do you you know because you’re counting them all along the way? What do you tell them exactly?

Roberts: They actually make you sign a form that says how many signatures you think you’re turning in which I think is sort of funny. And so there’s a little receipt that you get ironically. And there’s no place on it for your name or address or anything. I guess you just have to assume you’re famous enough when you turn a man that they know who you are. (Leahy chuckles) Which I thought was sort of funny. I don’t consider myself famous.

Leahy: But there will be a number that you attach to it on Thursday afternoon, March 25 when you get all these petitions in the back of your van and drive them in there, and are you gonna need somebody to help you unload them?

Roberts: We’ll have a group of people up there. We’ll bring in our volunteers and we hope to have a nice crowd out at the courthouse. Well, we’ll send photographers for that Jim. So the number right now, we’re around 22,000. Our guess is we’re on a track to get 35,000, but we’ve got to get 40,000. So go to 4goodgovernment.com.

Roberts: That’s what we really want.

Roberts: And understand this is a remarkable number. This is a huge number of signatures. Unfortunately, our bar is very high.

Leahy: Very high. Jim Roberts 4goodgovernment.com. The man Behind the Nashville Taxpayer Protection Act. Thanks so much for joining us today.