Arizona GOP Candidate for Governor Kari Lake: ‘It’s Time for All of Us Americans to Stand up and Do the Right Thing’ 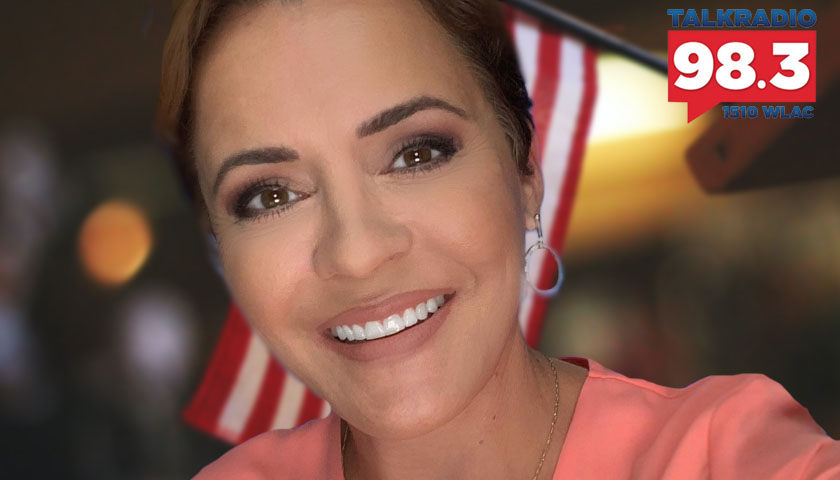 Live from Music Row Monday morning on The Tennessee Star Report with Michael Patrick Leahy – broadcast on Nashville’s Talk Radio 98.3 and 1510 WLAC weekdays from 5:00 a.m. to 8:00 a.m. – host Leahy welcomed gubernatorial candidate for Arizona Kari Lake to the newsmakers line to discuss her grassroots pro-Trump campaign for governor and what motivated her to leave her media job.

Leahy: On the newsmaker line, Kari Lake, who’s running for governor of Arizona and is also a former TV news anchor out in Phoenix.

We’ve written about her at our new site in Arizona, The Arizona Sun Times. Kari, welcome to The Tennessee Star Report. Thanks for joining us this morning.

Lake: Michael, thanks for having me, I really appreciate it. Tennessee is a great state, and I love to talk to the people there as well because I think what happens in Arizona is truly a national race.

Leahy: That’s why we opened up The Arizona Sun Times and have covered a lot of your events out there, Kari. And you’ve been very gracious in granting us interviews. You made some news on Sunday. Tell us what you’ve called for.

Lake: You know what? I just want fairness in this next election. We saw the debacle of 2020 and we saw last Thursday what the Arizona Senate that learned in that hearing.

They put a lot of information about the 2020 election, which was disturbing, to say the least. And I want the 2022 election to be fair.

And we have right now Katie Hobbs, who’s the secretary of state. She is a leftist and frankly, she’s socialist, and she’s running to be the next governor of Arizona.

And we need fairness. Conservatives need fairness. We’re on the ballot as well. And she’s already had many tweets and posts about us. Called us things from Nazis on down.

So she has a disdain for Republicans and she’s running the next election. And she has proven from the 2020 election that she’s not competent.

Leahy: That is just common sense, Kari, and I think it makes an awful lot of sense. We’re going to report on that, of course, at The Arizona Sun Times.

Our in-studio all-star panelist Crom Carmichael wants to join in on this. You were an anchor in Phoenix at the Fox television affiliate there. For what? How long was it? 23 years?

Lake: I’ve been covering news for 27 years, but 22 at the Fox affiliate.

Leahy: Wow. And now tell us about what made you decide to resign?

Lake: We know that the news is always kind of tilted to the left, right? That’s not been a big secret. But when Donald Trump came on the scene, it went full bore, slanted to the left, and people lost their minds.

And I remember looking around at my colleagues and all of the media thinking, what happened? Why are they so opposed to this guy?

He was an outsider in politics and he was going to not only tip over the apple cart, but set it on fire and really wake us up to what’s been happening in our government.

And the media just lost their minds. So I sat there and kind of watched that happening around me. And then when COVID hit, we went to a whole new level of pushing fear, division, and in my opinion, the media was pushing downright misinformation and lies.

There didn’t seem to be an appetite to put that information out. So I made the decision that the job has become not only unethical but immoral. And I didn’t want to take part in it anymore.

When I say who, I don’t need a name. What was their position at either the station or above the station?

Lake: I don’t want to get into the particulars because I still have personal relationships with people at that station and just for the sake of keeping relationships as they are.

But I will tell you, I believe that in media, in all of the media, these decisions were coming from very high up. And I did a PragerU video. I’m sure you’ve heard of PragerU.

Lake: We talked a little bit about the manipulation and the propaganda the media puts out. And a lot of it, when I first started in the early 90s, you’d walk into a newsroom and it was seasoned reporters.

These are people who were in their 50s and 60s. They’ve been covering that community, that area for decades. Now the seasoned reporters have left, and you have a lot of people fresh out of journalism school, which is teaching these kids not journalism, but activism.

And that’s who is kind of running the newsroom and deciding what news goes into your newscast. And this is widespread. This isn’t just one station.

This is happening all over in corporate media. It’s being run by people who were not taught journalism but were taught activism.

We’ve lost those seasoned reporters, unfortunately. And that’s been to the detriment of the communities that these newspapers and television stations are supposed to be serving.

So I believe that the decision on how COVID was covered by pushing fear and pushing division was coming from very high up and not necessarily from the young producers and such.

Leahy: When you were the anchor at Fox 10 in Phoenix, I’m presuming you were making an awful lot of money or a lot of money. (Lake chuckles)

And when you decided to leave and resign, that must have been a very, very difficult decision for you at a personal and financial level, I would imagine.

But, you know, I started looking at my country, where it was going in my state and my community, and thought, how can I collect a paycheck and do something that I now know to be immoral?

And I didn’t always feel that way about television and broadcasting. I always felt like if things are written in a weird way, I could always kind of right the ship as I was reading.

But when it got to the point where I realized that this was that all of media was pushing to divide and push fear and keep us divided as a community and as a people, I just realized it was immoral.

Carmichael: Kari, tell us about your campaign. How many people are running against you in the Republican primary? If people want to support your campaign, how do they do that?

Lake: I think it’s about five of us now. We have a group of people. And one of the reasons I’m running is I don’t feel that any of them would truly represent the people as I could.

My special interest group is massive. It’s the people of Arizona. And we have a lobbyist lawyer running and a career politician. I don’t want to bash my fellow Republicans, but the people who are running, I don’t believe can win in the general election.

One of the people running already ran against Katie Hobbs for secretary of state. Spent twice as much money and lost to her in the general election.

Another person running ran for governor about 20 years ago back when we were a very deep red state and won the nomination and then lost in the general election to Janet Napolitano.

And Arizona is Trump country, despite what the election results may have shown and the ones that were reported. This is Trump’s country and people.

I’m out there every day, guys. I crisscrossed Arizona over the past week and people love President Trump. They are worried about the direction the state is going and they’re very interested in my candidacy.

Every town we went to we were overwhelmed with people coming up saying, we’re supporting you. We’re so excited. Thank you for running.

So I believe we have a grassroots movement. It only took us three weeks to get on the ballot with the petition signatures that we needed.

Usually, with candidates, it takes them right up until March of next year. And we had that in three weeks. We didn’t pay for a single signature.

This is a grassroots candidacy, and people are excited about it because they know that I’m for them. I care about Arizona and I’m not bought and paid for.

And I owe zero political favors to anyone. So they can look me up and see where I stand on the issues. My webpage is Karilake.com.  And I’m just a mom with teenagers.

I have a small business with my husband, and I care about Arizona. I don’t want us turning into California, and I fear that in 2022 if we do not get a true conservative in office, we will become California two-point zero.