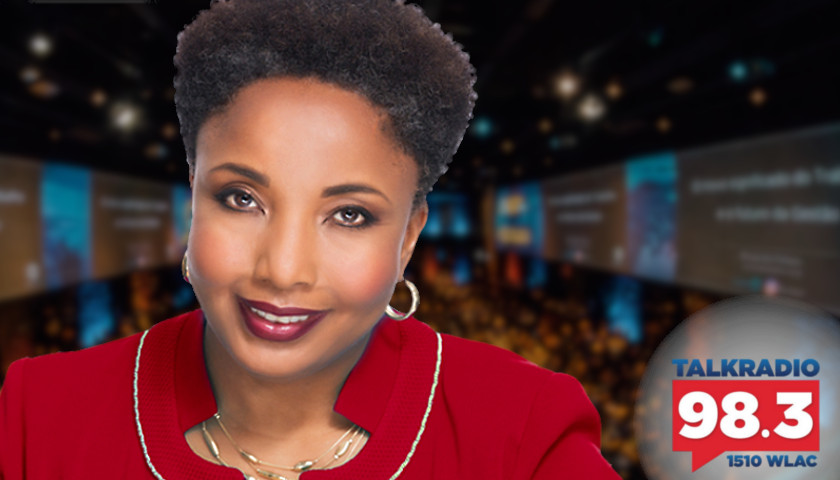 Live from Music Row Wednesday morning on The Tennessee Star Report with Michael Patrick Leahy – broadcast on Nashville’s Talk Radio 98.3 and 1510 WLAC weekdays from 5:00 a.m. to 8:00 a.m. –  host Leahy welcomed all-star panelist, Dr. Carol Swain, to the newsmakers line to talk about her experience at the Southern Baptist Convention where she and other minority messengers were prevented from speaking up on Critical Race Theory.

Swain: Good morning, Michael. How are you? I’ve missed you.

Leahy: Well, you’ve been so busy on the national airwaves every time I turned Fox News, there she is. Carol Swain, articulately making the conservative case. Carol, you were at the Southern Baptist Convention. And I guess there was a bit of skullduggery afoot there. Fill us in, please.

Swain: Yes, it is my first time attending a Southern Baptist Convention. And I arranged my life to give two days to this convention because I wanted to participate. And I was most interested in the Critical Race Theory issue and a resolution that the Conservative Baptist Network crafted and put forward.

And I am on the steering committee of that network. Our resolution was killed by the resolutions committee. And they put forth a substitute that was vaguely worded and did not mention intersexuality or Critical Race Theory itself.

It did have scripture in it, but it was put forth and then they shut down any debate about how the issue was handled. And so Conservative Baptist Network, I never got to speak.

And I was there to try to explain to people how dangerous Critical Race Theory is and how it manifests itself and how it is destroying churches. I never got to speak during the time of the business meeting. And they used parliamentarian rules to control what it’s about, I guess, at meetings.

But two people were allowed to speak for their resolution. One person spoke briefly against it and then someone called for the vote. And this was after someone from the stage had given this impassioned plead that we don’t want to look bad to the world and all of this stuff like that.

And had really attacked and mocked the whole idea that Critical Race Theory was an issue. So it was ugly politics as far as I’m concerned. Not just on that issue but on numerous issues.

Leahy: Carol, are you telling me that the Southern Baptist Convention refused to allow a Black woman to speak about Critical Race Theory?

Swain: The process is they have microphones scattered. I spoke at a breakfast for the Conservative Baptist Network. So I did speak at that breakfast. But when it came to the business meeting, I was not able to speak.

And the process was they had a microphone set up so I was there at my microphone. I would have been the next speaker if someone had not called for the vote. And it was my understanding, and this is what I was told, was that some Black pastors and churches had threatened to leave the convention if the Critical Race Theory issue was addressed.

And the people that did speak for the resolution committee’s substitute amendment, the ones that spoke for it made it seem like Critical Race Theory was not an issue. And that there was this controversy over nothing.

And they really distorted what was going on. The real crime was there were people from all over the country and all over the world that had come because of that issue. People were there. They had 16,000 messengers to vote on the issue, but they never got to vote on the important Critical Race Theory issue.

And you may recall, in 2019, the Southern Baptist Convention approved Resolution Nine that says that Critical Race Theory and intersectionality could be used as analytical tools to understand race.

Leahy: Well, what’s the bottom line here, Carol? If your church is part of the Southern Baptist Convention, how should you respond to this?

Swain: Pretty much proponents of critical theory, they are controlling the agenda of the Southern Baptist Convention. And it’s very top-down. A lot of elitism.

And I think average people from the churches don’t have influence because the leadership structure is controlled by people that are able because of that power to control what comes to the floor, who gets to speak, and they can shut down debate.

And in our case, a resolution was not presented. It was 1,500 people.

Leahy: Not only is it unfair, but it seems very un-Christian to me, Carol.

No minority got to speak on that issue. One White man spoke against that resolution and pointed out that it was discrimination. And he got blasted by someone from the stage by the chair of the resolutions committee.

And then another person in the audience immediately called for the vote. And at that point, no one could speak against it. And so I was standing there. I’ve been there for a while, and no one on our side got to speak.

No one from the Conservative Baptist Network was there to address the issue put forth by the resolution. We were not allowed to speak. And so I was very disheartened. My immediate reaction was that I was ready to go home.

I am a messenger, meaning that I’m representing my church to participate. And I will be back there today.

Leahy: Well, look, go get ’em, Carol. And thanks so much for joining us today.