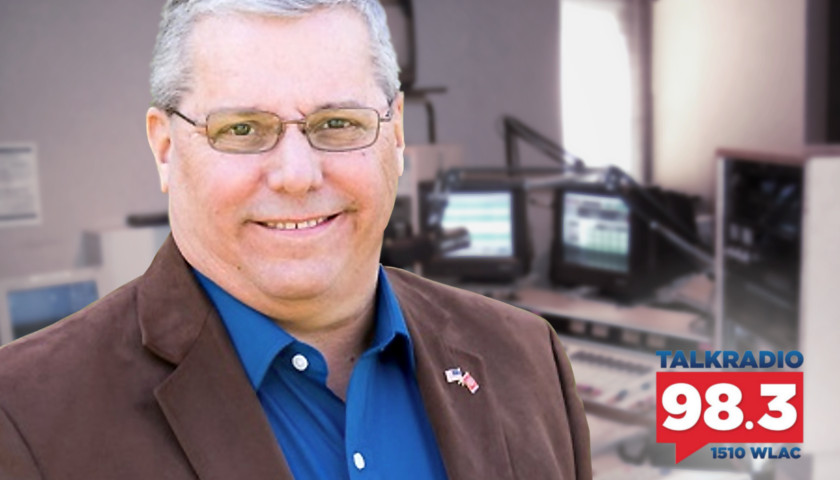 Glover: Good morning. That would depend upon which side you’re talking to. We certainly would want common sense and sanity must rule. On the other side, they define it as insanity.

Leahy: Let me just step back a little bit. And so there you are. There 40 members of the national Metro Council. Five Metro council members at large. You’re one of those five. 35 from districts with 40 members. It looks like typically the vote on this half-billion-dollar capital spending plan was 30 in favor of it seven against it. So you got at least 30 in my view a kind of lunatic left-wingers on the Metro Council. How do you show up every day for those meetings and listen to them talk and rant? How do you do it, Steve?

Glover: Well, let me put it to you this way. We are 100,000 plus strong in Davidson County and at some point, we’re going to wake up and realize that. And realize that, we actually have a voice. I just keep forging ahead because I’m blessed enough that the people of Nashville elected me and I’m going to do my job. I’m going to represent the people who want to protect the sanctity of our financial base in Nashville.

Even though it’s eroded on a daily basis. I’m going to continue to fight that because that’s what I said I would do. And I’m going to be a man of my word. I will continue doing that. And so that’s how I get up every day. And that’s how I go fight. Now, the new message is we are 100,000 plus strong and we better wake up and realize it. And we better start doing with the others that are much smaller than we are have been doing in Nashville and that’s to start demanding, demanding answers.

Leahy: I like the fight in your voice Steve because I think we need it. Let me ask you this question. Why 30 of the 40 members of the Metro Council vote for this outrageous spending bill on the 500 million dollar Capital spending plan? About those 30 people. My perception is that they are that’s kind of the rise of what I would call the apparatus-like class.

That is people who very few of them have small businesses. Most of them have some kind of government-related work and they’ve all bought into this left-wing ideology. They’re not open-minded at all and they lack common sense. But that’s just my view. What am I missing? Why are we electing people like that to the Metro Council?

Glover: Well, because most people don’t think local elections are important. I think if you bore down on it, I think there might be three of us that are actually fully self-employed on the council. I believe two of those are Republicans. One of them is a very moderate Democrat which I have a great relationship. Let me just say. Often we both are very similar because we understand the bottom line. And who you vote for for president, that’s your choice. Certainly, I didn’t like the way you described it in the last segment I believe how that worked exactly.

But, you know people need to understand the local elections we’re going to hit you a lot harder than the feds will because what we do every day affects your life every day. And I preach it and I’m going to be preaching it for the next two and a half years. You better wake up. you better understand. Because if you don’t the Nashville that so many of us love is dwindling rapidly, but it will be completely gone unless we wake up and start demanding that we have a responsible government.

Cunningham: Steve, this is Ben. What do you think is a realistic upside for Republicans if Republicans really get to work? And I want to emphasize you one countywide. You got elected countywide.

Cunningham: Right. If Republicans get to work in Davidson County? What is a realistic upside out of those 40 seats?

Glover: I think that if we concentrate it properly and if we look at the conservative moderate libertarian base, then what you’re looking at is somewhere between 12 and 15 seats. That’s enough to make a difference Ben. As you are well aware. You’re pretty familiar with Metro Council. If you’ve got 12 to 15 seats, that’s a big enough voice to make a big difference.

Leahy: Well, the thing is we look at this and it looks like the next election for city council is a little over two years from now in August of 2023. We’ve got a long haul in the next two years. How frustrating is it to actually say things that make common sense and when the vast majority of your colleagues on the Metro Council, my words not yours, have no common sense?

I do not believe in and feel like the taxpayers are the ones who ultimately are the losers there. So how hard is it for me? Believe it or not, it’s not that challenging because I’m that convicted to the people who elected me. And I told them I would go do and I’m doing what I said I would do.

Leahy: You represent the entire County.

Leahy: When you go out in public and you talk to people, do you get a different rep reception from them than when you make a very good common sense point in Nashville Metro Council?

Glover: It’s actually kind of amazing the number of places I go. And I’m all over the place. I mean I try to be out as much as possible. I’m all over the place from Bellevue to Hermitage to Goodlettsville, Joelton, and all over the Brentwood area. And everything almost in between except for the downtown core. I mean, that’s a little far left and they don’t tend to like me very much there.

But the majority of the places I go, the reception’s unbelievable because there are a lot of Nashvillians that are extremely common sensed and fiscally conservative. No matter who you voted for President that’s your choice. But there are fiscal-conscious individuals that want to make sure that their children and their grandchildren have a city to grow up in along with a country. Ben, I think you said it earlier.

Tennessee is doing a phenomenal job. Our pension. Our Reserve fund may not be quite as high as you’d like to see but look at Nashville. Our reserve funds are just now getting up above five-six percent again because we tax people 34 to 37 percent. Our government has been irresponsible for multiple multiple multiple decades on the spending and it’s gotten worse over the last decade and a half.

And so now, I’m hoping people are waking up. and the one reason I preach the 100,000 strong is because in the last election our mayor was elected with less than a hundred thousand people. If we 100,000 get out and we vote and we work and we work diligently, we can make a major difference in Nashville and we can start turning the ship and right the course.

Leahy: Steve, on another topic that is of concern to many many people in Nashville and many business people, I saw a news report where Broadway and downtown Nashville was jumping pretty good this weekend. Lots of people coming in. The Fifth and Broadway development is opened up and that hopefully will be a shot in the arm to Downtown Nashville. When do you expect things to be back to normal?

Glover: Well, it should have gotten back to normal I believe by the first of June. It really should have Ben. by all indicators that that was the right time to do it. Some decisions were made whether I agree with them or not. The decisions have been made and it is what it is. And certainly, by the Fourth of July, we have to be demanding there were wide open for business.

Other states are doing it now and other counties around us are doing it. The only County that’s suffering financially right now is still Davidson County on sales tax because our people never stop shopping. They were going to other counties. So by July 4th, if we’re not opened up full blast, we better start screaming to the top of our lungs.